Security Window Film: Why You Need DefenseLite Instead 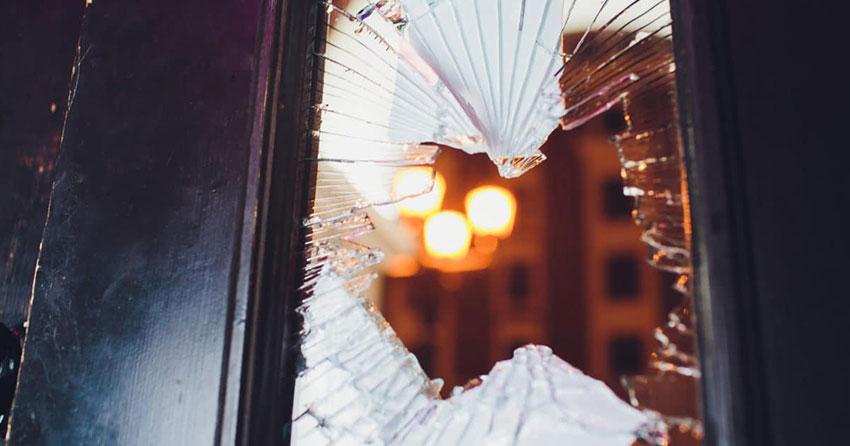 There are many reasons why businesses need to secure their windows. Whether it’s to mitigate against smash and grab attacks, protect from easily shattered glass during natural disasters, or just provide peace of mind, window security is important.

Security window film is an excellent and cost-effective solution that can protect windows against many of these threats. However, not all exterior security window films have the same benefits as others. And just because security window film can mitigate a smash and grab attack or prevent shattered glass, that doesn’t mean it can fully protect you – or your business – from these imminent threats.

Before deciding which option is right for you, it’s important to understand both the benefits and limitations of security window film and what other options are available to you that can provide the additional security you need to fully protect your business.

What is Security Film for Windows? Security window film enhances the safety of regular glass by strengthening it. By themselves, glass windows are the weakest point of a building, making them vulnerable to forced entry with minimal effort. When there’s an issue of safety, security window tinting film can be a viable option with multiple benefits.

Tempered glass, which is used in most doors, sliding doors, and windows due to building construction codes, is even easier to break and push aside using a tool that can easily be purchase at your local hardware store.

Security window films are a cost-effective solution used to strengthen and enhance the safety of regular glass. This helps protect windows against smash and grab attacks, break-ins, vandalism, natural disasters, and even high-powered impacts like bombings.

What are the Benefits of Security Window Film?

In this next section, we’ll take a look at the pros and cons of safety window film, including shatterproofing, security, visibility, UV protection, and where DefenseLite stands in comparison. 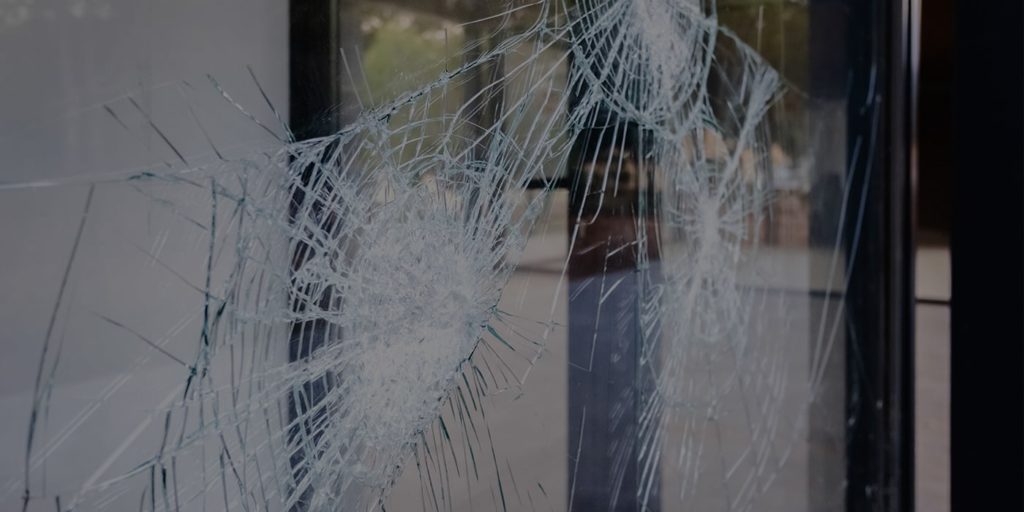 Unlike DefenseLite, security window film will not prevent a window from being broken – it will delay entry and make breaching the window much more difficult for an intruder.

When an intruder is determined to gain entry, window security film makes it safer for them by preventing the glass from shattering by holding it together and not allowing shards to fall out of the frame.

In comparison to security window film, DefenseLite polycarbonate shields are 250 times stronger than glass and can prevent forced entry. Some security window films offer additional benefits including solar protection and UV blocking technology. However, not every window film marketed specifically for security has these benefits, so it’s important to look for a tinted, transitional, or daylight redirecting security film if you’d like to take advantage of solar protection in addition to window security.

As a built-in benefit, DefenseLite shields are high-optic UV coated during manufacturing. This means that not only is DefenseLite a stronger, impenetrable shield for glass doors and windows, but also has added UV and solar protection benefits that come standard with every panel. However, most retail businesses that need the level of protection and security provided by DefenseLite aren’t looking to decrease the exterior viewing ability into their store, since that would reduce bypassers’ ability to be drawn in by your product displays, signage, and even by seeing other happy customers shopping inside. But for businesses and buildings that do require privacy glass, DefenseLite can be customized to fit your needs.

Unlike exterior security window film, DefenseLite can reduce street noise by up to 40%, creating a comfortable and more private shopping experience for customers, and a more pleasant work environment for employees. One of the most significant benefits of safety and security films is that they create shatterproof windows. In other words, when glass windows are compromised – whether it’s by a projectile or by deliberately forced impact – that glass will not shatter into dangerous shards. This helps protect people and property inside the building.

When weather and projectiles are a threat, having shatterproof windows is especially important. Flying glass shards are incredibly dangerous and could seriously injure innocent people, both inside or outside of the building.

Shatterproofing is also important for smash and grab and break-ins since glass shards can easily be used as a weapon. If an employee happens to be inside during an attack, the intruder could easily use a glass shard to threaten them or worse – cause them bodily harm.

Similar to security window film, DefenseLite makes windows shatterproof by preventing them from shattering or breaking in the first place. DefenseLite polycarbonate shields don’t just provide an additional layer of protection but create an impenetrable barrier.

How is Exterior Security Window Film Made?

Window security film is made by laminating together one or more layers of polyester film using strong, unique adhesives. Security films can range in thickness from 4mm to 15mm or more.

Generally speaking, thinner films are not as strong and therefore less effective as security films. However, as you start to get thicker, stronger window film, you also lose some of the additional benefits, like visual clarity. Some window films use nanotechnology during the manufacturing process to keep them thin while providing additional strength, but these films tend to be more expensive than traditional security films.

How Does High-Security Window Film Work?

This added layer of protection slows burglars down, with the ultimate goal of deterring them by making it more difficult for them to breach the window itself. However, with enough force and effort, even high-security window film can be penetrated. So if you don’t have an alarm system to aid in deterring a thief, even the highest-security window film won’t completely stop an intruder – but DefenseLite will. In short, the answer is ‘no’. There is currently no type of security film on the market that is truly bulletproof. There’s no such thing as “bulletproof glass” – there are just highly resistant options that can withstand a spray of bullets over a certain length of time.

However, there are several incredibly secure bullet-resistant options available. Some of the best bulletproof alternatives to secure windows from active shooters include:

How to Install Window Security Film Window security film is fairly easy to install, but to avoid costly mistakes like bubbling or uneven application, we always recommend professional installation.

How is DefenseLite Installed?

DefenseLite attaches to your door or window frames, which creates an airspace between the polycarbonate shield and the existing glass. To prevent condensation or “pillowing” upon impact, DefenseLite includes a vented, weather-sealed system. With no long-term servicing required, DefenseLite is truly a custom, long-term solution that provides the ultimate protection to your existing doors and windows.

Is Window Security Film Worth It?

When you’re looking for a quick and easy solution to help secure your windows, then security window film is a good choice. But unlike DefenseLite, security film provides less protection from smash and grab attacks, and will eventually need to be touched up or replaced due to weathering, bubbling, or if the needs or aesthetics of your building change over time. It’s also important to note that although not recommended, security window film can be installed as a DIY project if you carefully follow the proper steps.

DefenseLite is a longer-lasting, more secure option than security window film. Each panel is customized to the exact size and shape of your window or door glass, ensuring a perfect fit every time.

When you need the ultimate in protection that is easily maintained, covered under warranty, and can be easily replaced in the event of an attempted attack, DefenseLite is your best choice for aesthetics, glass security, and additional benefits of UV protection, clarity, insulation, anti-vandalism and sound transfer reduction. 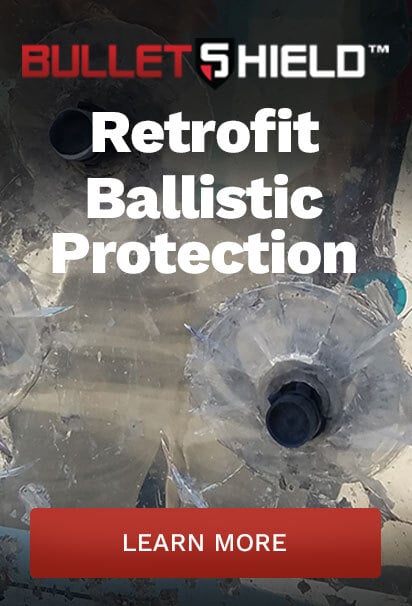